[Announcement] Belated Happy Bitcoin Pizza Day from a LUNA holder and his Doomed.Money

“A trade happens because both parties think they’re getting a good deal,” he said. “I felt like I was beating the internet, getting free food. I was like, ‘Man, I got these GPUs linked together, now I’m going to mine twice as fast. I’m just going to be eating free food; I’ll never have to buy food again.’”

Is it fair that he spent money now worth $300 million on those two pizzas—money worth $3 billion on pizza, in total—and now, it’s gone? Of course, it’s fair: Laszlo himself explains why, as quoted above.

The father of GPU mining seems to approach the infamous pizza purchase, and questions surrounding it, the same way he approaches Bitcoin: with good-humored aplomb, rather than bitter regret. [Ibid.]

Bitcoiners will want to beat me up for desecrating Bitcoin Pizza Day with this comparison, but I must:

I bought some LUNA for about $0.000003. I didn’t complain that I had recently paid >$8 for LUNA. Those who were du⁠mp⁠ing it on me at $0.000003 must have thought that it was crazy to pay any dollars for LUNA; otherwise, they would have held it. Pay dollars for LUNA? Lunacy!

In this case, maybe they were right.

Nonetheless, my LUNAs are precious to me. They now quiver in fear at the prospect of getting hardforked without consensus. But I will not let them go. I will hold them. I will cherish them. Together, we are now: 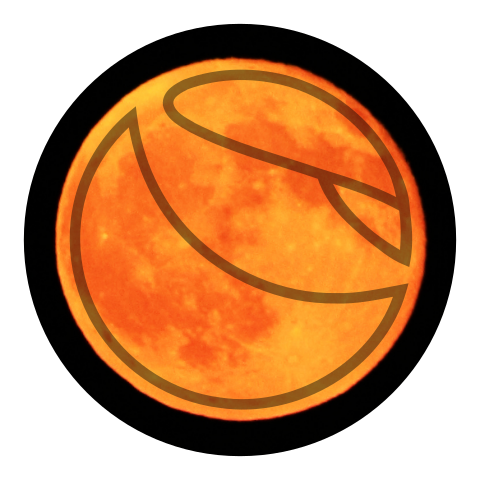 The Countdown on Doomed Money

Millions of sad little lunar eyes are haunting me.

In the darkness of a dy⁠ing moon, some of you folks have shown the principles and the sense of community that give me some hope for the future of LUNA. LUNA holders and UST holders, forgive my noir humor: It is most appropriate. Let us take this moment to laugh in the face of disaster, and think positively about the future!

I invite you to join me on this journey, as I strive to revive my LUNAs.

This is not the end. From doomed.money, my LUNAs shall rise again!

“Legends are immortalized where they stand, but only remembered how they arise.”