Clarity for aUST holders from Proposal that Passed

This is regarding aUST holders only: 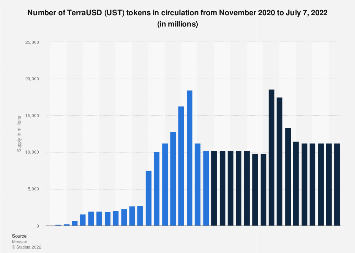 This was the total supply of UST even available, my understanding was there was only something like 3.874 billion that would of qualified for aUST (based off terrarity #s) and based on the fact that only 26.7% of aUST qualified
100m/3.8b = .026 per UST, maybe I am missing something, but figured I’d get another set of eyes on it because I cannot figure out how everyone ended up so short based on the proposal that was put forward and passed

What was voted on in proposal:
Pre-attack aUST holders: 10%
500K whale cap - covers up to 99.7% of all holders but only 26.72% of aUST
30% unlocked at genesis; 70% vested over 2 years thereafter with 6 month cliff
this would equate to something like 5.5b aUST which is 6.875b UST, that’s not possible based on the criteria in which they were dropping to aUST holders from my math, there was never more than 18.7b UST in supply and during the attack which was roughly maximum 15b in aUST which we know wasn’t even the case. Even if 75% of it was in aUST that’s 11.22b aUST and 26.7% of that is 3b in aUST equivalent of 3.75 UST and that would be the absolute maximum that was in there.

it’s literally not possible that 100m tokens went to only 26.7% of aUST holders which was the proposal that was voted in. If the entire circulating supply was in aUST that’s 18.7b UST and 26.27% of that would of qualified for the drop based on the whale cap. That would be 4.993b UST and would be 0.02 LUNA per UST (not aUST) and that’s if the entire supply was in aUST which we know was not the case. This literally makes no sense unless the circulating supply was an insane amount higher than ever disclosed

Yes ! you are right ! we need make this voice up. is there any TFL team looking on forum ?

I don’t believe so, maybe tweet it out and see if you can get others to ask some questions as well so we can get a clear answer.

Huobi has no plans to airdrop UST holders in EARN at all prior to the attack. The exchange scams its users even for these pennies.

I spoke with someone from the Terra team and they said they basically just abandoned the 500K whale cap - covers up to 99.7% of all holders but only 26.72% of aUST and dropped a bunch to exchanges. So the community voted on something that wasn’t even implemented. Seems pretty on brand.

What does “dropped a bunch to exchanges” mean exactly?

This will be good ammunition for the lawsuit that is coming.

I received an airdrop of 0.0148 on binance despite holding my UST in staking. This is a very serious issue that needs to be raised and spread as quickly as possible.

opped a bunch to exchanges” m

This means that they included more than the aUST that was in anchor. They originally said it was just going to be aUST and that accounted for 26.27% of all aUST (it’s specifically in the proposal on what the community voted on) with the 500k whale cap and then they just decided not to do that and include extra billions that were on exchanges which was a major dilution for aUST holders or you could argue pre UST holders in general. The numbers would have been different on the proposal had this information been made available in original proposal because I don’t believe the intention was ever to have it so pre UST holders would get less than post UST holders who could buy at pennies on the dollar to get the airdrop. This was just an easy way out for Do Kwon and company once the exchanges put pressure on them to include their wallets in full as aUST holders.

There was only 14.1 billion or so on anchor at time of depeg (you can still see these numbers in the anchor dashboard) and 26.27% of that would account for 3.7b UST. Depeg aUST holders received .0148 LUNA per UST and should of received .027 LUNA per UST. This is a deficit .0122. This is an additional 45 million LUNA roughly that were not properly distributed to pre depeg aUST holders as outlined by the proposal. At current price of $9 that’s 405 million USD worth of LUNA that pre depeg aUST holders were expecting. But who cares right?

I’m not even arguing against pre UST holders receiving compensation that had money on exchanges or elsewhere. The issue is the way it was presented in the proposal and how pre UST holders got the short end of the stick in the end. I think the right thing to do is drop aUST holders the amount that was expected based on what was actually in aUST only with the whale cap that was presented accounting for 26.27% of aUST that was held as presented.

That’s unlikely to happen and this is yet just another instance of the incompetence of Do Kwon and the Luna team. It’s not in the least bit surprising at this point.