According to TerraLuna’s regulations, proposals have a voting period of 7 days. 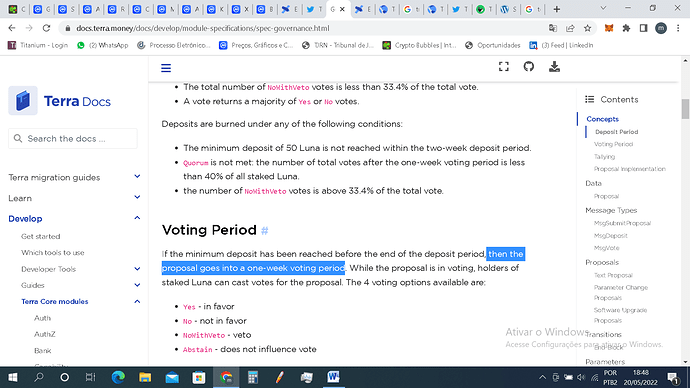 It so happens that during the vote the proposal WAS CHANGED. SUBSTANTIAL changes have occurred.

That is, 169 BILLION Lunas had losses, and more than 6 TRILLION had no losses. Strangely, DK wants to benefit those last 6 TRILLIONS who had no losses. With more airdrops because now they have more Lunas.

The proposal tries to steal money from the oppressed to give to the unharmed. It makes no sense. Why would DK want to give our money to someone who hasn’t been harmed? Who bought?

People who bought until 05.13.2022 bought following the guidance of the DK, who said on twitter to buy Lunas and that there were measures for recovery.

People from the pre-attack, snapshot of 07.05.2022, still don’t understand that they will also be harmed by the dilution of the airdrops for the 6 Trillion Lunas minted on 05.14.2022. For it is the total of new Tokens that will be distributed. Pre-attack people will also be heavily harmed.

IF CHANGE OF PROPOSAL DURING VOTING IS ALLOWED, THEN WE COULD MAKE A PROPOSAL THAT WOULD APPRECIATE DK AND THE VALIDATORS. AND AFTER THIS PROPOSAL REACHES THE APPROVAL QUORUM, WE MAY AMEND IT ACCORDING TO OUR INTEREST. AGREE?