I’m one of the promoters of Diables. One of the main goals is to be the first fully decentralized sports franchise. So token holders will be able to vote the coach or the players, and also govern a new “crypto-stadium” for sports or music concerts.

This new rugby franchise, based in Barcelona, has already acquired the rights to play in a new international league in the 2022/ 23 season with teams from South Africa, Italy, Russia, UK, Spain, etc.

ROOTS
In 1892, four years before first Olympics Games, Pierre de Coubertin was the referee of the first ever French championship rugby union final between Racing Club de France and Stade Français and previously Coubertin studied physical education instituted at the Rugby School. What Coubertin saw on the playing fields of Rugby and the other English schools he visited was how “organised sport can create moral and social strength”. Two years later, in 1894, the Baron Coubertin founded the International Olympic Committee (IOC) with the values he learned in Rugby.

MISSION
Develop a global community of sports enthusiasts united by the values of rugby to create a decentralized model of sports team management and build and run a world-class multi-purpose stadium; high-tech & green.

OPPORTUNITY
Create a professional rugby franchise in Barcelona to play an international league to attract local and international fans to the Stadium. The key is to take advantage of the friendly and tourist capital of Barcelona to create a “mediterranean experience” destination and attract a big audience. 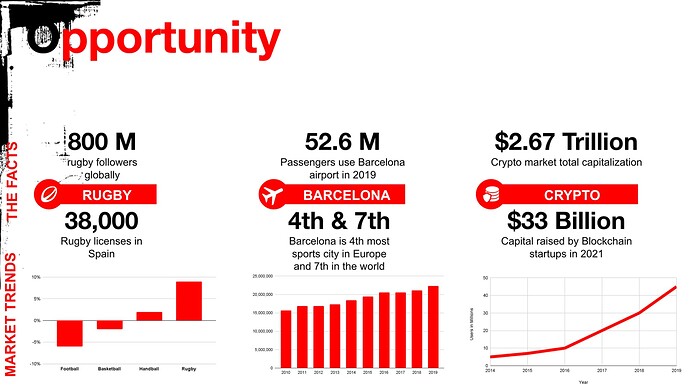 TRIES
The Team, the Stadium, the Experience and the Hospitality… all around the Terra Community. 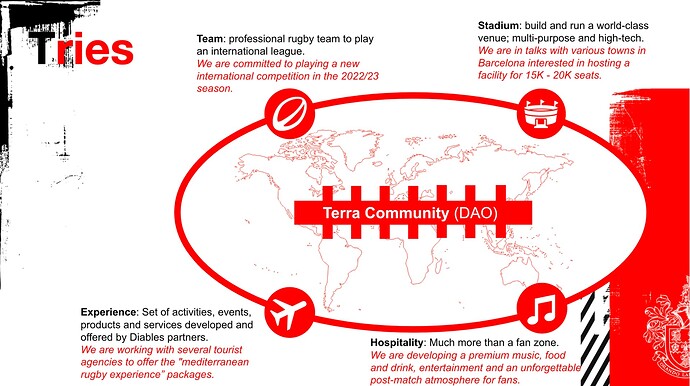 NFT Membership
Through RandomEarth, fans will be able to purchase the exclusive NFT membership of the Diables team & stadium 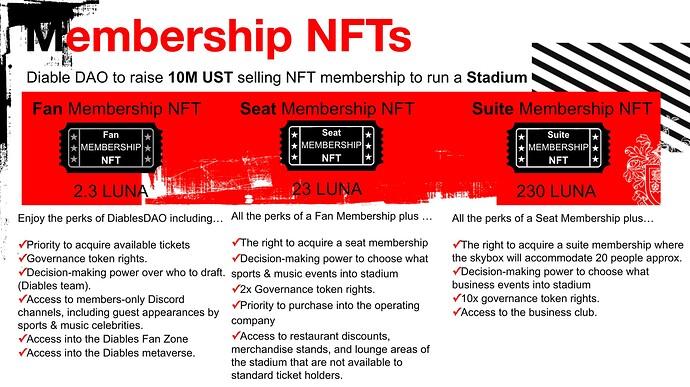