Summary
This is a series of proposed steps so as the Community may take over control of Luna Classic or Luna 1.0 as I prefer to name it. The optimal method of implementation is to break this proposal into a number of sub-proposals and list them for voting now that the non transparent past “leadership” is moving on to Luna 2.0.

Motivation
I have seen the exact same playbook being played out by MyBit C.E.O. a past crypto-project. I had tried at the time to place proposals in place to revive that and in the process I have learnt a lot with regards to the limitations this kind of endeavor entail. With a simple web search anyone may retrieve information on MyBit and see what I mean. Some of the points I am about to lay out here, are already mentioned in other proposals but they may lack clarity on certain aspects, e.g. conditions that trigger specific actions or what the end goal is.

Step 1.
Urge Luna 2.0 team to burn their holdings of $UST and perhaps of $Luna 1.0 to the extent they do not actively participate in further development of Luna 1.0. In any other case they will be able to control Governance effectively dividing and ruling the Community. In addition, in case we make it, they may decide to massively sell their holdings causing more turmoil, while pocketing our efforts’ outcome.

Luna Foundation Guard or whoever controls the Treasury right now should use remaining funds to buy back $UST which was dumped to the market at a deep discount. This serve two objectives.

As soon as the purchase is concluded burn all $UST in the Treasury effectively reducing the outstanding amount to restore the peg. Careful here, I do not mean to redeem $UST for $Luna. I mean burn it. Step 1 in my opinion, should be approved by a standalone proposal. No other step should be implemented before this one is done. Then allow the $Luna 1.0 monetary supply readjust as soon as the relevant mechanism is triggered.

Step 2a (optional).
If there is no such thing as a Community Treasury, we should establish it and either hard code intervention mechanisms or take the less optimal route of issuing mandates through proposals for specific individuals to perform the necessary actions. This last option reintroduces a central point of failure and control which is not favored at all. We would need to elaborate on this further and perhaps consider alternative options.

Step 2b.
For as long as the the peg is broken, a transaction tax should be introduced to implement a burn process of $Luna 1.0 and replenish the Community Treasury. This type of intervention should be made permanent and be triggered automatically in the future. The condition to trigger it should be a de-peg incident and the condition to deactivate it would be a restored peg. This feature should be approved in three standalone proposals. One to approve the feature implementation in principle, one to approve the actual “tax” rate per transaction and a last one to decide what percentage of each transaction fee is burnt and how much is used to replenish the Community Treasury.

Step 4.
Last time I have recently checked it is possible for $Luna 1.0 holders to mint $UST by burning $Luna 1.0 and the reverse as well, redeem $UST for $Luna 1.0, burning the $UST. In both cases the one quantity is burned in order to create the other. Please correct me if I am wrong. So, in this step it would make sense to mint $UST by burning $Luna 1.0. This one would need $Luna 1.0 holders to start issuing $UST again, effectively reducing the total supply of $Luna 1.0, further allowing it to appreciate. Since it is the main collateral, appreciation is in favor of a speedier recovery. This measure may also bode well with those who do not want to burn their tokens a measure that is not endorsed by me at least. However, this decision is private and no proposal is necessary to enact it. Just make sure not to do so before the other measures are implemented, because there is an increased probability it will not make much difference before that. Part of the damage done might be that $UST holders massively redeemed $Luna 1.0 when $UST took the dive. However, I have really not researched this on the blockchain explorer.

Step 5.
Introduce a stop-redemptions mechanism in cases of extreme volatility to prevent such a rapid decline in short time. Meaning developers should introduce another feature that automatically freezes redemptions of $UST for $Luna 1.0. Although it may make sense to reduce $UST in times of volatility, this action further dilutes the monetary supply of $Luna 1.0 reducing its value which is the collateral upon which $UST’s value is derived. It is a controversial action. I suggest a proposal to approve this measure in principle and if approved a second proposal to decide the volatility rate which would trigger the redemptions freeze.

Step 6.
Introduce a feature while minting $UST to issue it at a 50% collateral rate. Meaning for each $ worth of $Luna 1.0 only $0.50 of $UST will be issued. This will further shield the $UST from volatility and shorting while it may may prove that #algopegged “stablecoins” are a viable concept. A last proposal to approve this measure in principle and another to decide the final collateral rate would be necessary.

Bottom line.
What exactly has happened is not clear at the moment. Whether it was an “attack” or an inside job remain to be cleared in the weeks ahead of us.

If it was an attack, then consider it one not just against Terra 1.0 but crypto as a whole. This is because if #algopegged stablecoins mature as a technology then the traditional financial system is automatically rendered obsolete, for ever and ever.

If it was an inside job, then the team which performed it do not subscribe to the vision of a free world and really betrayed us all who do.

What ever the case is, this is a good time to prove we are able to pull this off. In the process we should not just count on our abilities and skills but actually recruit other projects, teams and individuals to lend a hand because this affect their future as well.

Definitely have to get all coins they hold burned. they can not be trusted.

Luna Classic or 1.0 should be delinked with UST. And they should rebuild their Bitc Coin reserves. Only then any future. Build BTC reserves when BTC is below 35K

Im not very smart when it comes to cryto but that step by step Satoshi Nakomoto comment sounds like it would actually work and is a brilliant plan and could turn Lunna Classic into an amazing coin with great value and less volatility. I would love to see this coin saved and revived by people who actually know what they are doing and a community that takes pride in creating something great for the people. I also agree that it is very interesting and could of been an attack by an inside or outside job to not only steal people’s money but to hinder a potential change that a stablecoin could actually make, when created with protocols and safety mechanisms to correct such fluctuations in circulating supplies. I sure hope someone steps up and implements these steps and procedures.

Thank you for your kind words. Add your voice on twitter and reddit to advocate in favor of the plan outlined above. Staking will be open soon and we will be able to stake the necessary votes to get this going. We just need to convince Terra 1.0 holders to give a chance, one step at a time.

you should try to reach out @FatMan , he’s kind of focus on digging up LFG and Do Kwon’s mess but i think he might be the kind of person willing to take part in LUNC future. I agree with your vision, but the most important thing from my perspective right now is to establish a kind of new leadership for this projet and above all get rid of all ties with LFG and as you said make sure they won’t be able to interact anymore… they did enough… Anyway, i think pretty much all the people still holding LUNC would pretty much agree on the path, technical details would neef to be discussed. But first we need to stand as an entity, an not the old Luna, or Luna 1.0 … That’s over (unfortunately) but lets get LUNC a bright future and show Do Kwon what is a real community based project.

It seems quite reasonable proposal !

Thank you for your kind words. Add your voice on twitter and reddit to advocate in favor of the plan outlined above. Staking will be open soon and we will be able to stake the necessary votes to get this going. We just need to convince Terra 1.0 holders to give a chance, one step at a time.

How do you know staking will be open soon?

I do not. However, there is a proposal already in the works and I do not see a reason that it will not be passed if put to the vote.

Luna Classic has potential to fulfill our dreams. After disaster it´s All in Our Hand´s. All Luna Classic Holders must trust each other. Community must join forces and cooperate.
ALL DEPENDS ON US - ON OUR FOOLISH HEART´S

Hey Peeps! I have been watching this closely…was holding 11000.00 LUNA before the crash…

Have you been following the news? The LFG funds are frozen…so thats out. Also many legal cases coming against Terra Labs…in fact Terra’s legal team all quit a couple of weeks ago. HMMMM whats a reason why lawyers say goodbye to client? In other news it seems that Terraform labs has been caught moving money around illegally…this just gets better and better LOL.

I really hope you can revive LUNA 1.0 but you may have to start without the help or promise of recovering any funds. 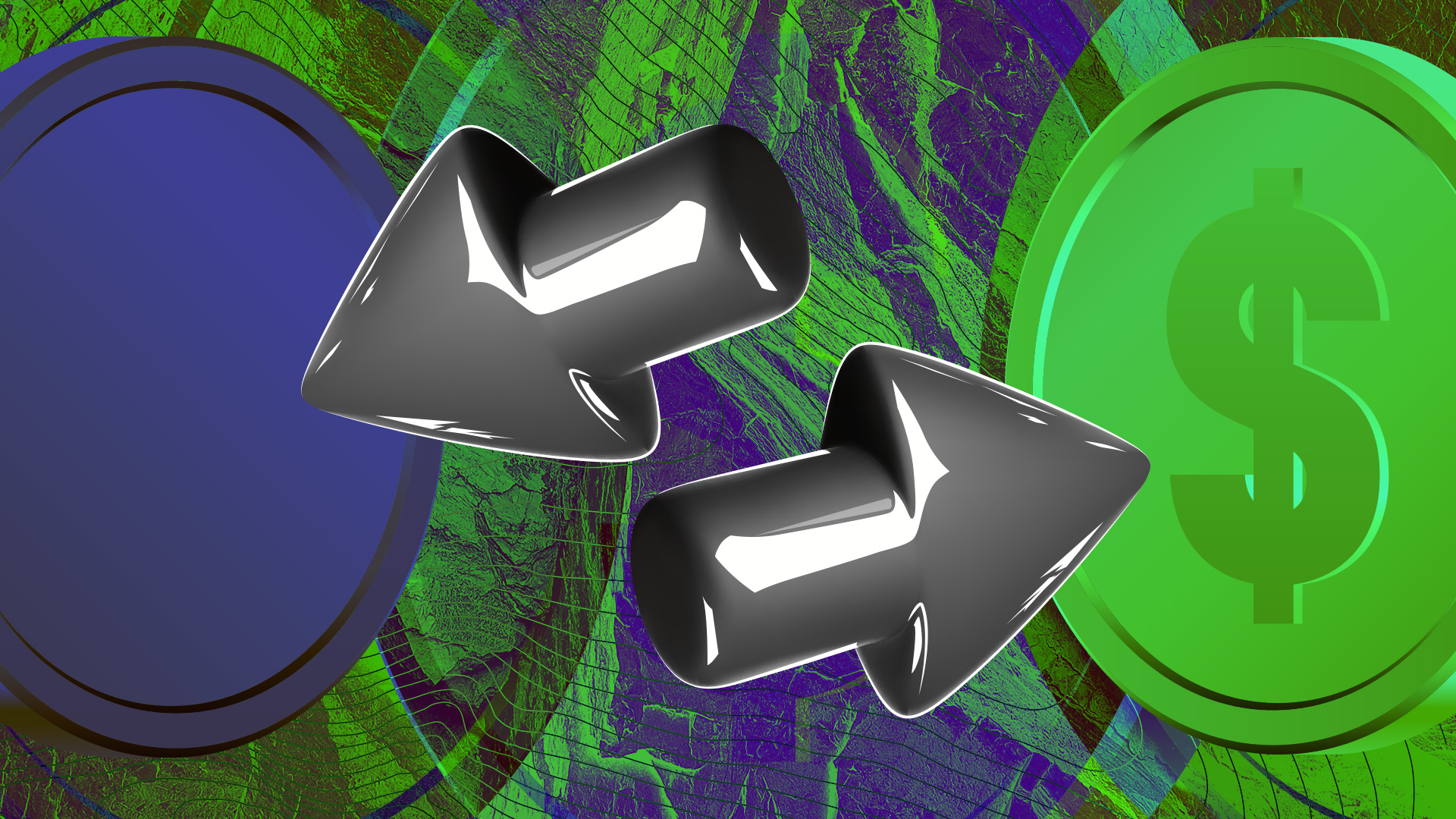 The in-house legal team at Terraform Labs resigned shortly after the collapse of Terra’s algorithmic stablecoin. 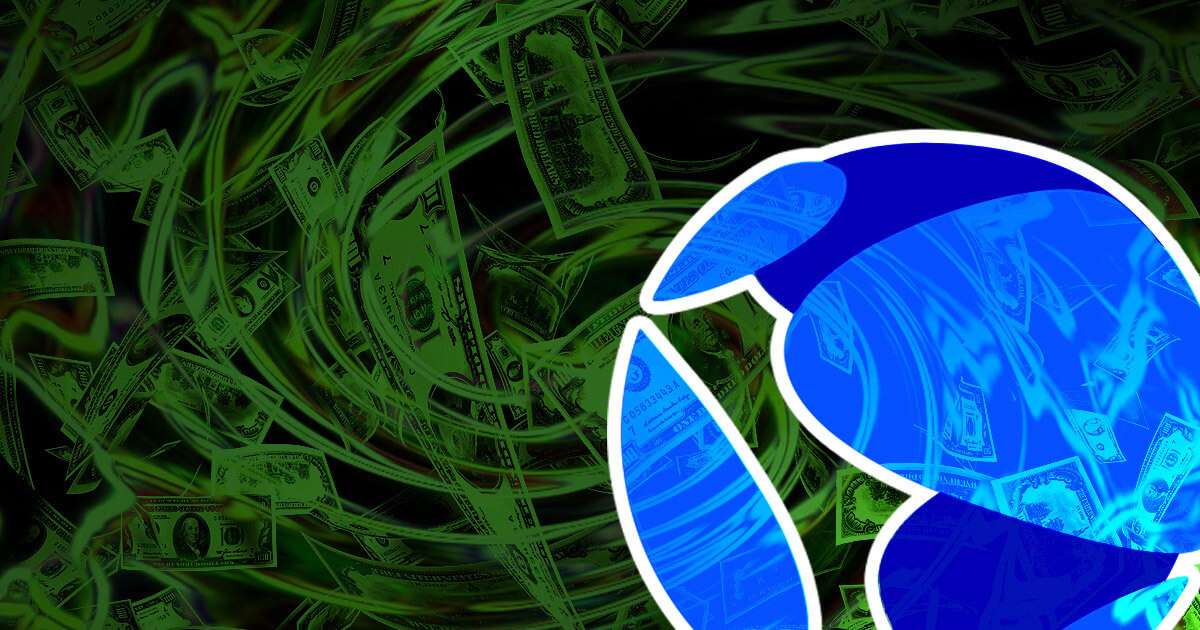 BTW FORGET UST NOBODY WILL TRUST A STABLECOIN THAT’S ALGO BACKED…I WON"T EVER TRADE AGAINST AN ALGORITHM THAT HAS NOTHING LOSE EVER AGAIN! Secure it with real assets and it will be credible.