LUNA holders have to be refunded BY LAW 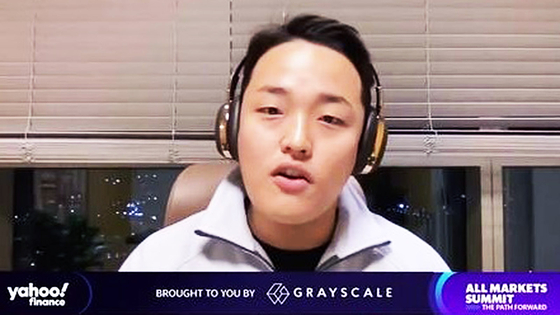 A coin that was once No. 8 globally in terms of market capitalization almost vanished overnight last week.

"Terra’s initial whitepaper capped the distribution of Luna coins to 800 million, with 400 million in circulation. But more than 6 trillion Luna tokens were issued over the span of a few days in May."

Also, the bigger problem for him is that the new minster of justice formed a special task force and the investigation of Terra/Luna will be their first ‘project’. This is the first ambitious work of the new president and the new minister of justice so you bet they will get him good.
This is the latest news in Korean: 한동훈 부활한 합수단, '테라’로 수사력 입증?..권도형·신현성 檢 도마에 < 사회 < 기사본문 - 포쓰저널 (4th.kr)

It also mentions that they will collect cases of foreign investors to press charges against DK. Let’s wait and see.

this is the blockchain

investments are a risk

You can be jailed for fraud on anything, if you purposefully defraud anyone your going to jail you can trade pieces of fluff. It doesn’t matter

If there was ever a conversation before in any period where anyone bought and he promoted the current chain knowing he is going to abstract value from it. It’s fraud

(2) SBF on Twitter: “6) The LUNA/UST mechanism wasn’t misrepresented–it was, in fact, very transparent. And, I think it was transparently going to falter at some point. Do Kwon obviously stood by it, morally and in terms of press, long after he should have backed off.” / Twitter

I doubt you will.

I wish all of you new money $.0000001 buyers would take time to actually read the words of someone with exponential more experience and knowledge than yourselves and realize why you’re idiots.

Yes let’s just listen to someone’s opinion especially someone with interest like SBF over the white paper. I guess you also know more than the lawyers…

It’s not $800 million but $1 Billion… According to the white paper page 6 they were supposed to burn LUNA until it reaches $1 Billion… NOT ABANDON AND START A NEW COIN with $1 BILLION TOKENS AFTER PRINTING TRILLIONS.

That’s great finding, thx. So did they change this in the latest whitepaper to cover it up?

I tried saving Luna before the halt. All i am hoping is a generous airdrop. It will fix my everything. Do Know is good man.