Summary
Since the passing of proposal 3568 it has come to light that the proposal is not viable due to the lack of jurisdiction within statement “to all transactions” due to this there has been confusion and disarray amongst Centralized Exchanges and the Terra Luna Classic Community as to what and how the proposal can be implemented fairly on off-chain transactions. This proposal gives governance, to amend the previously passed proposal 3568 from applying 1.2% burn tax to all transactions to applying 1.2% burn tax to “Exit” transactions and inter chain transactions only. This proposal further gives governance for members of the Terra Rebels to enter into negotiations with Centralized Exchanges to seek agreement to this proposal.

In order for the wishes of the Terra Classic Community to come to fruition, there must be a level of compromise with centralised exchanges in order for as much of proposals 3568 and 4661 to be implemented.

Any feedback, thoughts and comments you can provide in relation to this proposal to make it as robust and to gain as much support as possible, is greatly appreciated. 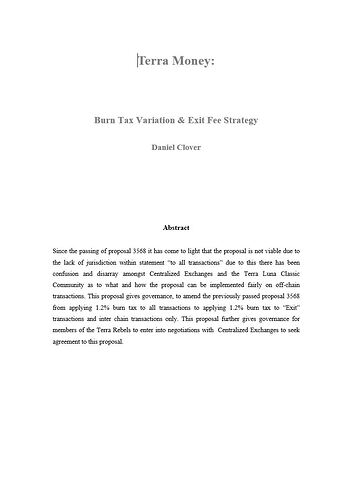 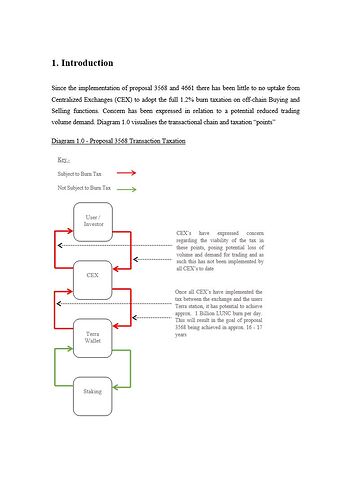 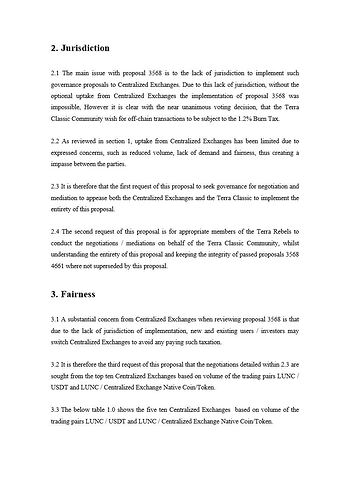 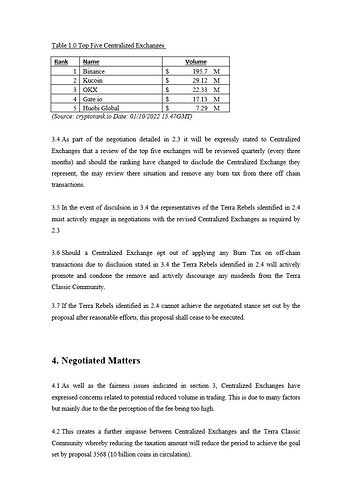 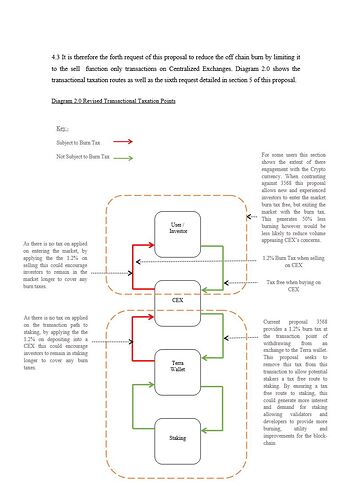 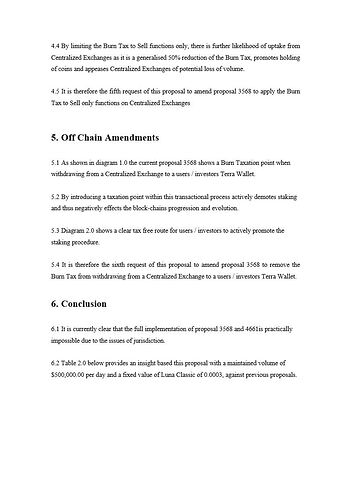 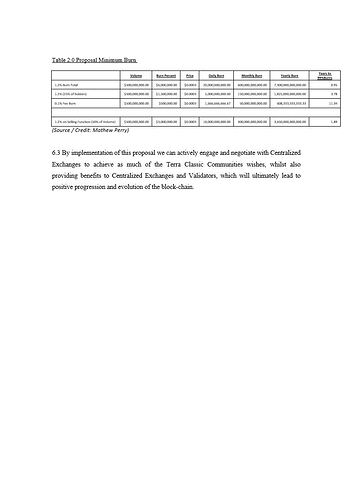