IMF crypto version may be needed to be formed.

Read a historical story of the 1997 Asian crisis here. 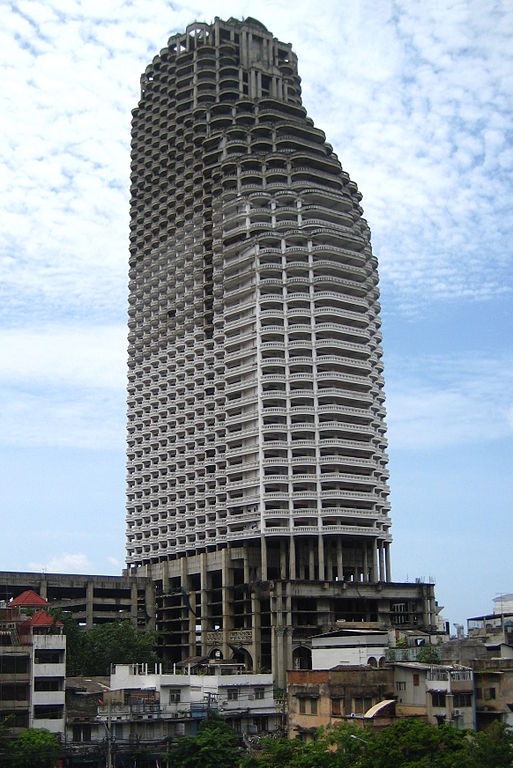 The ‘Tom Yum Kung’ financial crisis that shocked the world and ended...

By the end of 1996, the Thai government had closed 64 local finance companies, leaving just 27 in operation, along with 13 local banks. The Thai economic boom came to an abrupt end. The ‘Tom Yum Kung’ financial crisis that shocked the world and ended...

I cut the related section, see below…

In May 1996 the Ministry of Finance took over the BBC to save it from total collapse after depositors began withdrawing large amounts of money. By the beginning of 1997 non-performing loans exceeded 16 percent.

Trading in the banking and finance sectors of the Stock Exchange of Thailand (SET) was suspended by the government on March 3 - the first time in SET’s 20-year history - after the Bank of Thailand (BOT) called for an increase in reserve requirements for all financial institutions to re-establish a confidence in the financial sector.

A week later the BOT together with the Ministry of Finance ordered ten financial institutions facing insolvency to raise additional capital within ten days. This only accelerated withdrawals from the financial institutions already in progress. In the two days after the order, more than 21 billion baht was withdrawn.

International hedge funds and speculators attacked the Thai baht from May 8-15. The central bank fought back by selling billions of US dollars to defend the baht against the attacks. ​

​​On May 15, now referred to as the day of the Blood Bath, the BOT ordered Thai banks to stop lending to foreign speculators, causing massive losses to hedge funds abroad. As a result, by mid-July 1997 more than 90 percent of Thai foreign reserves had left the country.

​In June Prime Minister Chavalit Yongchaiyudh announced that he would not devalue the Thai currency after the baht was massively attacked by foreign speculators. The Thai baht remained pegged to the US dollar. Meanwhile, the SET closed below 500 points; it had lost 40 percent of its value since the beginning of the year.

​​​Mounting international pressure forced the Thai government to let the baht float freely on July 2, 1997. The date is regarded as the beginning of the Asian financial crisis, although it was already well underway. The baht’s value dropped as much as 20% as the Thai government requested “technical assistance” from the IMF. On August 11, the IMF unveiled a US$17 billion rescue package for Thailand that imposed some tough conditions. The Thai government initiated tax hikes as part of the IMF’s insistence on austerity. This led to a run on commercial banks. Depositors were taking their money out of Thai banks. On August 20, the IMF approved another bailout package of US$2.9 billion.

The IMF, World Bank, and Friends conduct financial or physical terrorism against nations outside of their jurisdiction, then “help them” with bailouts. So crypto does not need such a mafia. What crypto needs is to expose the attackers and bring them to justice. Binance, who KYCed them at the highest level, knows who they are.