why sell you will not get the airdrop

Your assumption that new holders have billions and trillions token is basically wrong. Many new holders like me have been sucked in for major part into LUNA at prices from 40 $ to 10 $… so I do not know how you blatantly make this accusation.

See the image in this:

@cyounessi1
Over *four years* ago I was a research analyst at @scalarcapital. The Terra / $LUNA deal came across our desk and I was assigned to it because I was the DeFi guy. Here's what I had to say about the project. How did we allow it to end up like this?

You took the risk, you pay for it.

I am very concerned about how you will distribute the new coins.
I had about a thousand dollars in the moon before May 9, then I added another 1.9k there as it dropped to $12.
That is, I gave more money to the network clearly than those who are now buying for $10 but getting 100 times more coins.

UST holders (many of whom like me could not even sell because the network was down) need to be made whole. I BELIEVED you when you said you had a plan and so I did not even try to sell or move my funds out of Terra Station. My reward was watching a purportedly safe instrument holding all my money get traded like a penny stock and collapse.

Prioritizing UST holders is in your best interest, @dokwon , because anyone associated with TFL does not have a future if they show that ultimately they cannot keep their word. You all promoted UST and Anchor as a savings account. Outside of crypto, savings accounts are insured up to a certain amount by the government. They are marketed as SAFE, and so people have no expectation of risk and TRUST them.

I mention this because people seem to be conflating confidence and trust. They are very different things. Confidence, from us, in you, relates to your ability to execute your vision. Trust relates to your ability to keep your promise and do the ethically right thing. The latter is a step that comes before the former. For example, you can build your ecosystem back up with the help of the community, learning from the failures and blind spots this time around, and trying again. But you don’t regain TRUST by simply trying again. You need to PROVE, immediately, that you can be trusted - if you don’t have trust from the crypto community at large then all the ability and confidence in the world won’t mean a thing. This means making UST holders, the people who were both LOYAL and had a reasonable expectation of SAFETY, whole.

I know you have intimated that you agree with this, but we need to see some initiative immediately. I am sure the past few days have been extremely difficult for you just as they have been for everyone, but you and TFL need to have a firmer hand in making sure this will happen.

In short, you need to do the right thing. I believe the proposal and discussion here:[[Proposal] Tiered repayment: airdrop USDC/USDT to small UST holders on Terra] is the best way to do that, to start. It’s in our interest and it’s in your interest. Many people put their savings into either Luna or UST, but only one group had a reasonable expectation that theirs was a savings-type asset.

if the money can’t be returned, someone must be responsible for the death of the suicide resulting in the loss of life, the soul must be paid with the soul

The Bill comes due. Always. 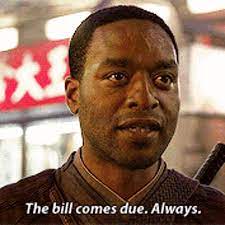 I think 10% distribution to luna holders at time of chain halt is very low. Presumably a majority of people holding prior to the depegging will still holding after chain halting. I think if you raise the distribution model to 30/30/30/10 it will be much more fair and balanced. Doing this won’t have a major impact on most of the holders. It will prevent however prevent Terra from further isolating people trying to save the ecosystem.

I put all of my money into Luna after the depegging because I believe in the coin and the team behind it. It would certainly feel very unsettling if whoever sold me the Luna got to keep my money and then also received a much larger equity than me. Don’t dilute the people who tried to help put this fire out!

What about UST in CEXs, pulled mine out at .42 but haven’t sold, as you made a statement saying it would eventually repeg!!?

a person who bought ust at 0.2 is valuable to the ecosystem. i think they should close trading now asap

If people had sat tight nothing would have changed, I don’t think you understood what really happened. People that just held their LUNA/UST in their wallet and just hoped everything would be better were stupid. People buying UST and LUNA off exchanges are the ones who took on real risks.
The crash to zero was inevitable. The same people that you claim were defending Terra are the ones that labeled every concern as FUD. They thought the system was perfect because they didn’t use their minds to realize there were gigantic flaws. If these people had more balls and brains they would have confronted @dokwon and TFL and things would have changed.
Trying to attack people who understood the situation better than you is not how we are gonna get out of this horrible situation.

I hope you realize those that stay true to the end are those to be considered first during compensation cos they believed it can’t be the end of $LUNA and have always want to respect the discipline of trade by HODL.

The proposal, plus or minus and making the right breakdown on percentages, it’s not so absurd because contemperate all stakeholders. The most important thing is to take care also of CEX users that tried to launch a salvation line to the project; also because withdrawals were halted many times during these stiff days. Stay Strong.

Fully agree with you.

This is a complete trampling of people who are actively involved in the Terra ecosystem. good offer only to speculators.

Is the Do Kwon going to make a complete fool of the people who believe in Terra and hold UST for $1?

Please also work with all the other CEXs like Binance and CZ… Preserve the entire Terra community… If this entire thing fails with no recovery, it’s also a bad rep for the crypto industry… Really hope the other communities would pitch in…

You’re rewarding speculators they certainly didn’t do it to keep the network stable, us Lunatics held firm, didn’t sell and waited for an update. Please change the proposal to exclude speculators picking up millions of Luna for a pittance and reward those that believed.

Yes totally agreed. Those whale or player already sold and they dump the market but you want to reward them back with 40%?This must be kidding…
Instead you should support those keep buying and help support the price.