Voting is Being Manipulated, People Are Being Censored Welcome to Do Kwon’s North Korea

The voting here is clearly being manipulated and anyone presenting an evidence has the evidence immediately removed. The topic is immediately put on slow mode while other users knock down the post and no one except for Do Kwon’s bots can respond. Just the fact that all of the other proposals were hidden is clear evidence of manipulation. I trust an election in North Korea more than I trust a vote on Terra station.

Please look below and how 1,000 votes from a competing proposal miraculously disappeared. (they were not changed that’s bullsh*t)

I would screenshot this before my account is deleted, my photo evidence is deleted, or this topic is put into slow mode.

These people need to be put in jail!!! 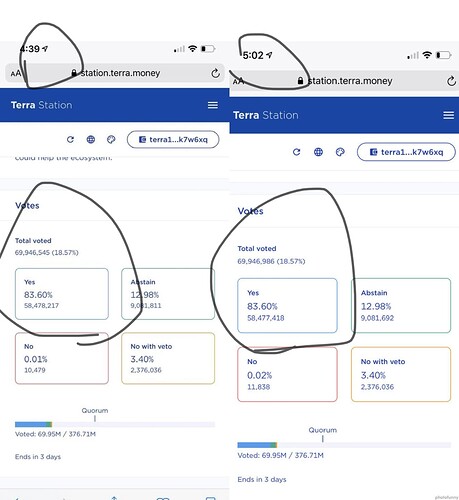 On twitter people are saying a user named Alagiz on here is deleted anti Kwon posts and kicking them off completely.

Yeh, i made a post with screenshots just after the no with veto votes started turning into yes and it was closed off within minutes. Our opinions mean nothing here

the truth is that LUNA never belong to community.vote was manipulated