What is so bad about relaunching the token?

I’m a supporter for the LUNA relaunch, can someone please explain to me, why there is so much angst and objection to it LUNC and LUNA?

I hear that this relaunch is just enriching those who cashed out, but I would like to see evidence of such. If one really believed in Terra, they’d have bought it at $100. I bought in 200K at $80 with a target price of $200+, and I held to the bitter end. So someone please tell me, how will burning help me or anyone else who was a true believer?

An important point for relaunching the token is to help those who TRULY believed in the project from the start, and invested at market rate. Which means, those holders holding the token before 8th May. Those holding UST were not actually helping the system, in fact THEY ARE A LIABILITY. They were providing nothing of use to the system by being in Anchor in return in return for a 20% APY, and now they have a slice of the pie. I’m not begrudging anyone their life’s savings, but the truth is they were doing nothing for Terra. Terra would be better off without them from the beginning. I held UST but not in Anchor, I held it in an LP on Loop. I don’t believe I’ll be compensated at all for the UST that was actually provided in service to the chain, but I’d rather something than nothing.

I do not believe that a single person who invested when the token was lower than $80 believed they would buy and hold at that whatever market price for the next 3 years (as a believer in the chain would), but rather, they would only buy in, with the hope of a speedy recovery to cash out when the price recovered. The magnitude of this recovery was never assured, so how is one able to argue that they are deserving to be made whole in this case?

The original holders will not be made whole by the airdrop, I’ll be lucky to get 20K on my initial 200K. I’ve been holding Luna forever now.

Lastly, what is the basis of expectation that LFG should buy and burn LUNA with the very limited funds they have available, so that the greedy have more exit liquidity before they even consider refunding small UST holders that held at the very start?

Because vultures bought millions and billions at the very bottom.
So they want TFL to burn LUNAS because they think price will jump to $1 and they will become millionaires easily.
But those vultures don’t understand, that while vulture have large amounts of LUNA, a burn won’t happen ( gladly).

And before some vultures come here calling me names and saying that nobody buys those large amounts of LUNA, heres one example. 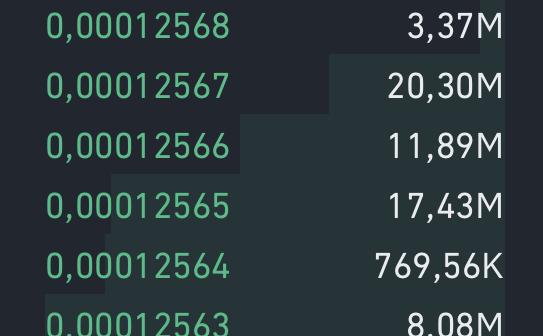 If you bought pre attack, then relaunch is good for you at the expense of new buyers. Remember, if no old holder sells, no new buyer can buy.

I’m going to give you the math bud… here is the relaunch for you… who gets 35%.

Enjoy your table scraps from Do Kwon as he redistributes wealth like Maoist China.

You guys have no idea how hard you’re getting screwed. You really don’t.

Atleast with a burn over 2-3 years we could have price growth and repay UST holders as well as collateralize UST and make it similar to USDC.

But you guys seem to think you’re going to be taken care of by Do Kwon. The fact that you believe this is like someone who is in a relationship with an abusive partner that refuses to see the abuse.

and to this other guy who complains about people buying the bottom, get over yourself. We’re all here to make money. So stfu with your sanctimonious bs. Nothing is stopping any of you from buying cheap bags right now and implementing a burn.

from 2 days i stop reading to many children are to long on pc or 10000 bots make noise …but my head explode before i read all offt this bull… most impp pre accident sure and of course UST why? if somone know project then why that many stupid questions here? any rules ? or something … otherwise same mess like DO brain …
Someone have mod here ?

The problem is not with the relaunch, the problem is with a relaunch that distribute value in an uneven way. I had way more money in Luna before the event than I put in after, but I am not worried about how much money I will make or lose from a relaunch. I am worried about how terrible it will for this ecosystem to abandon the chain and redistribute value in attempt to turn back the clock. Thats not how finance works, that not how life works. It will prevent the market from ever trusting this platform again, and worse it will validate the things that critics of crypto have been saying all along; that crypto markets are just pyramid schemes. Because no matter how you market the redistribution, taking money from new investors to pay old investors is a pyramid scheme.

I am worried about how this might affect the crypto market as a whole, if people think that at anytime the majority holders of a chain, those who control governance can just decide they don’t like taking a loss and just want to redistribute the value in the chain to benefit themselves, crypto would be done. It could also give regulators an excuse to start restricting access to crypto, again harming the overall market. You think this loss hurts, wait until you see what happens when crypto trading gets regulated like stock trading.

People have said it, but I’ll reiterate. People want a fair redistribution. Noone who bought leading up to the exchange halts should be penalized. Leadership said everything was under control. They lied.

Many of these people waited a long time following the project and waiting for a good time to buy in when they could afford it. Penalizing this group of investors is wrong and unethical if not criminal.

I know that it’s absolute do-not in crypto to reveal your portfolio, but since it’s crashed now I’ll reveal anyway; I held around 1900 Luna pre-crash, my DCA was way less than you though because I bought most in 2021 April, some more in September. I’m saying this to say that I’m in a similar boat as you.

My problem with the re-launch is that this isn’t really a reimbursement or distribution. This is sweeping things under the r_ug and ‘trust me again’ type of thing, when things look much, much worse; DK has lost all trust, the name of Luna is tainted, UST (algo stablecoin) will never, ever be used again meaningfully, and all the while DK faces severe charges of fr_aud, tax evasion and similar deposit-taking. With the most elite prosecutors (48 of them to be exact) of his home country at his throat, who need his blood to show the citizens that the new president is ‘doing his work’. Doesn’t sound like a good bet to me, nor does it sound like he’ll even be at the head of Luna2 for long.

I agree that Anchor is a liability. It doesn’t contribute anything actively to the ecosystem, although it did onboard more people and possibly allowed Luna to grow faster. The Anchor/ UST APY customers should absolutely not get any ‘airdrops’, not because they’re worthless though but because they used it as a savings account. I mean, if you put cash in a bank and they offered to give you the stocks of a small startup is anyone going to be fine with that? I don’t agree with UST holders being ‘debtors’ completely as this is crypto and there is risk there too, but that doesn’t mean someone can take your cash and give you something else in return.

Anyway that’s why I’m against Luna 2. It doesn’t look like it’ll work for anyone, so at this rate DeathstarDaddy’s plan or actually any other rebuild is possibly better than any project associated with DK and the name Luna.

IF this were likened to a company stock, yer calling people vultures and deriding them for believing in the company and buying it’s stock low at ground floor which without them it would be worth 0, that the comoany dimuted alk the shares to hell themselves. I’m a LUNA staker over a year. Protocol massively diluted, fix it, not new buyer’s fault who are giving it value above 0. Sorry yer bitter they bought cheap. You can too if believe in project yer a “believer” ya then show it.
To the folks buying now damn, yer taking hell of risk we dont know how Terra chain goes, thanks for propping luna and terra chain up I friggin appreciate ye all

Dont be mad vulture Mohammed, we know you don’t support LUNA, you’re just a peasant who bought the dip and staked millions and billions expecting it to reach 0,01 and then sell it right away and now you’re mad because they don’t want to implement a burn

Actually, your maths is not right, if you owned Luna on the 7th of may, you will more or less receive Luna 1 for 1. The only problem in the airdrop plan is that the Luna I owned on 7th May was worth $80 ish. The Luna they will give me will be worth probably single digits, unless major funds swoop in to buy the slack.

The only thing that I find it hard to agree with is the reinbursement of people who sold halfway, and should at best be treated like those who bought the dip

I feel that the pre crash airdrop snapshot should actually just shortly post crash probably on the 9th of May, not include anyone who sold their Luna on the way down till the first stoppage of the chain, and should include ALL Luna and UST holders everywhere. Those who sold their luna should not receive and LunA drops under the pre-crash snapshot.