Innovations and the most EQUAL FORK for the New Terra

Summary
We need to admit that collateralization by marketcap of a crypto currency was a bad idea as we know that cyrpto currencies could fluctuate 90% + in a downturn. If we focus on building a much stronger LUNA 2.0, those that are affected by this will come out years later many times richer than any amount of money they lost in this crash. Instead of fighting to figure out how much and who gets what, i propose that we focus on building a much stronger stable coin community. 40% collat ratio should be the long term target, but collateralizing with a very volatile asset like luna will require much higher levels of collateral of 80% to start. I propose collateralizing with a mirror US treasury product on Terra’s Mirror as it aligns the Massive US govt interest with Terra stable coin and heavily DE incentivize large attack that would produce shocks to real world systems. By bringing in the bond market, you are providing a huge source of liquidity that wasn’t there before. The rational behind moving all UST holders to Luna (equity), is that you dont want to issue any UST to potentially someone who wants to dump it. They will just dump it again. They could be still owning UST in the protocol at any point in chain history. If they want to dump, they should only be allowed to dump equity. The vesting mechanism should help and the long term approach of this will shake out any bad actors long term.

Motivation
This is meant as a living and breathing document. I still believe the crypto world needs a decentralized stable coin that doesn’t have the same risk to censorship as traditional money and other stable coins have. Partially collateralized currencies have been used successfully for centuries in the real world. The main reason why these currencies have failed was that the collateralization ratio dropped over time. Lets start with what is considered a very high rate of collateralization in currencies , 40%, this was the amount of gold that had to be on hand to collateralize every printed dollar.

Proposal
Introduce fully on chain backed US Treasuries on Mirror that will mimic the US treasury market and inherent the same risk as the underlining pegged token.

Anchor’s Interest rate should be set at the underlining inflation rate of the pegged currency. (this is how austria successfully pegged to the Germany’s currency for so long.

Anchor should have a circuit breaker mechanism that locks in deposits in the event of a peg breaking more than 1 cent to protect deposits and major outflows of UST until the peg is restored.

In the real world, priority has always been given to deposit holders over equity. We implement the proposal that passed regarding the rapid printing of luna to secure UST. If this is done fast enough, minimal dilution to Luna holders would occur as the basis of the system (the peg) would be restored in the shortest amount of time. Fighting terra’s floating UST (not locked in anchor ) would require less than 40% collateral.

For every UST that is minted, 80% is used by the contract to buy Mirror’s fully collateralized US treasury. and 20% of Luna is burned. This ratio would decrease as the underlining Luna token matures over time (stabilizes in volatility) to a target rate of 40%. In event of a bank run, the first step would be to mint luna and burn UST (with an anchor lock in). If after an xyz time period, perhaps hours if the peg is still broken, the 80% collateral treasury would be sold to buy UST as a last resort.

The distribution I think would be fair would be to hard fork and continue the chain right where it is at a later date. However we introduce a NewLuna token and burn the old token based on the distro below.

UST holders at the BEGIN of the attack would get a 2:1 ratio of NEWLuna as depositors always should have seniority over equity holders as their perceived risk is the LOWEST. Luna holder would of been diluted significantly had the mechanism printed fast enough to bring back the peg anyways. So technically they are inheriting the same risks with the newLuna. Nothing new.

All other Luna holder will get a 1:1 conversion to the NEWLuna.

Any new buyers of Luna after the attack would get 1 newLuna per 100 luna (this is not a 1% allocation, it is actually much higher as luna supply has hyperinflated by massive amounts). Should be capped off at 15% of the new total supply.

To prevent whales from dumping, a vesting schedule would be required where airdrops would come at 3 month intervals over 4 years as Terra rebuilds.

The redemption period will last ONE YEAR to allow time for everyone to bridge back all the Luna in the system and claim.

This is the most simplest proposal well at the same time adding innovation and minimizing the former objective of backing stable with a highly volatile assets of crypto . We have a much harder road coming. We must assume that the worst is coming and NewLuna must survive in all environments including a great depression. 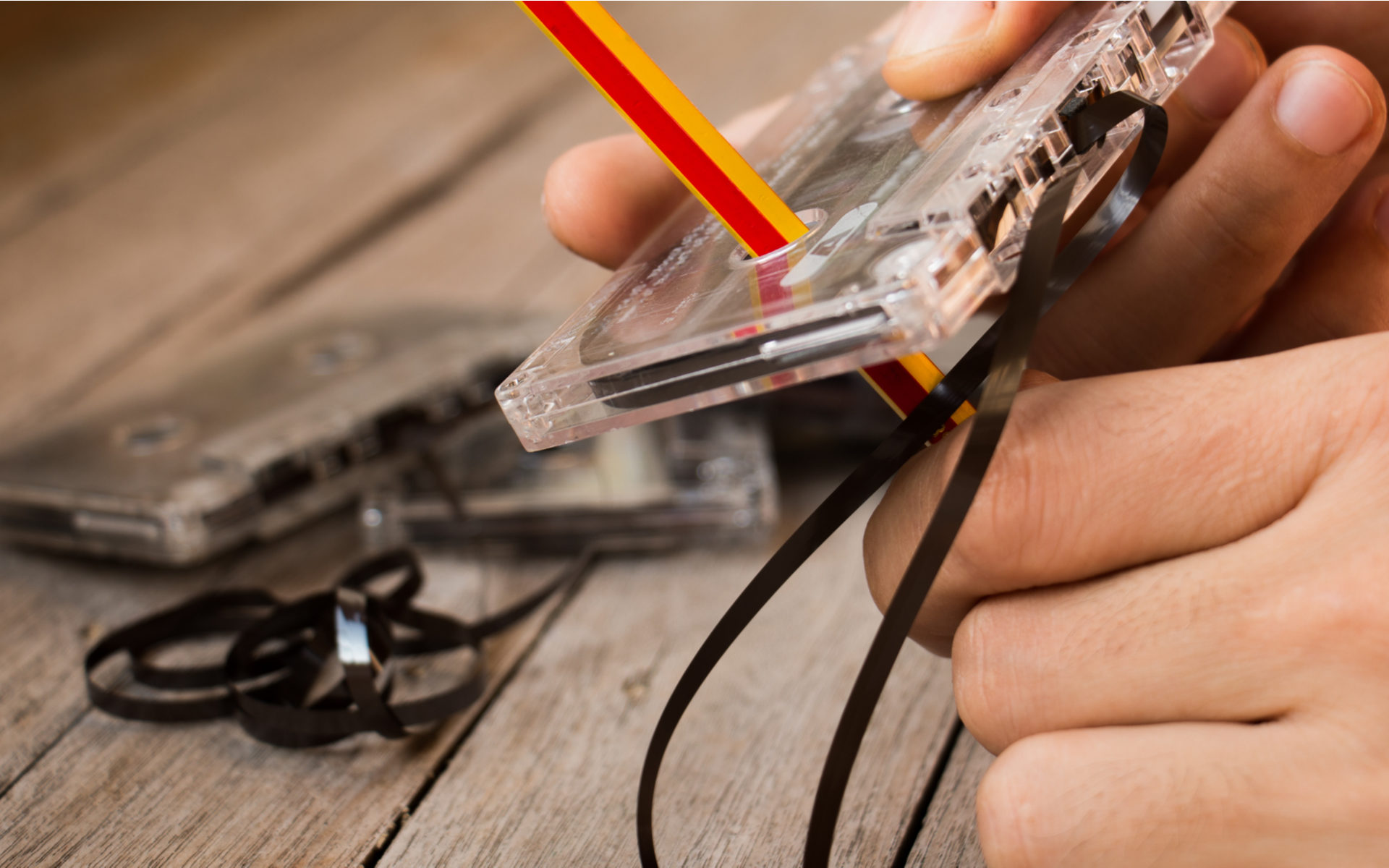 Ethereum Network Not Rolled Back After DAO Hack | Bitcoinist.com

The Ethereum (ETH) network was not really rolled back after the DAO hack, explained the project’s co-founder, Vitalik Buterin.

Ethereum never did a rollback. You are just lying your ass off because it serves your interests. You are basically proposing theft.

Thank you for the feedback! I’ll fix my proposal. You are correct ETH team just altered the DAO hacker’s balance instead. But in this case we have NO idea which wallet is responsible and surgically fixing this is NOT an option. Rather we must figure out how to fix the inherent flaws of terra’s design that led to this and make this protocol more robust. Both UST and Luna holders were all important and I just made some changes to my proposal. I post this here so that the community can provide feedback and I can change my proposal as I get feedback. My end goal is to make everyone better off, the only way to do that is first fixing the protocol. I now support forking at the time the new protocol launches. However, i stand by giving UST holders a priority, as if you dont, new UST users will see this and never come back.

I still disagree with what you wrote. This is just all random numbers. Luna is a fungible token. Each Luna should be worth the same. Because you didn’t know who was the attacker, that doesn’t mean you should now be punishing people that entered later. I just read the proposal of Do Kwon. It is the same nonsense. They used money of the late buyers to bail out UST holders and now they are going to punish them again with an unfair redistribution. If this is the proposal than better not fork, keep current Luna and let Terra team buy op Luna tokens and burn them. They are responsible for the mistake of the network so they should also be paying and not let late buyers buy everyone out.

People that entered later and bought luna, knew the risks that UST was UNpegged and was in an unstable state. They were betting that the sell off was temporarily and luna would recover, but it didn’t. I’m angry also, but anger does nothing, bailing out everyone with essentially nothing is impossible. You must take a long term approach and rebuild value.

Yes, they knew the risk. They knew that they could lose their money. What they didn’t know is that the Luna team is going to be a stealing dictator and in an eventual scheme to save Luna, they would rekt late buyers. Luna is a fungible token so my Luna is exactly as valuable as your Luna, even if you are the pope.

Yes, in the eyes of the global community, the luna team failed, they acted too late i would be very suspect of any proposal by the old luna team. I hope the new terra is truly a community led project where they listen to their stakeholders and any good idea that may come up. Arrogance is not a good way to lead.

Well, his proposal is out here. If this goes through it will probably lead to a split. Luna will get competition and the competition might even beat Luna because Luna now has a lot of reputational damage and stealing from late buyers is not going to help them.