[Proposal] BURN and REMEDY fee with each LUNA transaction 💊 [PART I]

Less than 24 hours to vote for this proposal. Hoping that last minute votes appear to confirm.

Percentage of voting power will always be in the elite.
only 21 hours left

We need 12% more votes to reach total of 40%… the 2 biggest validators need to vote… lets reach out to them!!

all the respect to them for trying to be fair even though there are rumors they were being forced to Vote YEs to Do kwons proposal. Support their tweet https://twitter.com/Figment_io/status/1527698724490579969.

If this proposal goes up again after ending. We have a VERY GOOD chance of making it happen @HelloThere

I have to admit that it appears that you have done everything you can to help us, but lets be honest, the whitelist was done hours before the official TerraForm Labs proposal. The discussion was finalized before the whitelisting feature, and the actual formal proposal 1623 was submitted a few hours later after the whitelisting began.

Regarding the Burn and Remedy fee proposal, regardless of what one may think of it, the proposal met the deposit, it had discussion, and it even had voting results. @BurnTheSupply shared a link that shows a discussion where a TerraForm Labs representative clearly rejected the whitelisting as “intentional” after it has initially been displayed as whitelisted on the voting page. Then, in the following pull request it was only merged into the code after a commenter said “this really sucks. Democracy is really a joke.” Although you helped me tremendously, my proposal 1597 is still awaiting review, two days later, even though a later pull request was approved for whitelisting - almost immediately after request (one for proposal 1747). At this point, it appears that “whitelist” is meaning viewpoint discrimination (those proposals that TerraForm Labs likes or at least is willing to tolerate) over “spammy” material. Cutting through spam is possible, I did it in this list.

The governance community is a trust, and TerraForm Labs is its trustee. [Note: The link was removed, here is a cached version]. Changing procedure, including how a proposal is listed, without community approval is inappropriate. The governance documents state that when a proposal meets the deposit it has every right to be displayed before the community. I appreciate that they have finally put a “show all” (as of today) on the Terra Station > Governance > Voting section, but some of us have already lost days off our proposals why the “whitelisting” gave advantage to a handful of proposals - chief among them the official TerraForm Labs proposal.

I do not say that to disparage the work TerraForm Labs has done, or the support work you have done (and thank you for your immense help), but the whitelisting feature, the lockup of the delegation and staking mechanism, and although it was not required, the lack of a reminder to the community about needing to have staked LUNA to have the vote count, have all contributed to a situation that is less that appropriate for a fair and honest voting process (and quite frankly one that had new delegations stopped and the whitelisting functionality done without the approval of the governance community, even though it would affect voting). So, any new members (ie. investors in LUNA - because that is what all LUNA members have and will be, and if they feel they have lost representation, then let me remind them that they can still purchase wLUNA and translate it into LUNA to protect their stake), as well as previous members who had LUNA but did not have it staked (and did not realize before staking stopped that it would affect their ability to vote) have been effectively shut out of voting.

To be fair, I do understand that the delegation and staking were stopped temporarily out of concern for proof-of-stake security, but I believe it was meant to be temporary, and if it was known that it was something that would affect voting, particularly on such major topics as future direction, then it should have been accompanied with another mechanism that allowed staking for voting purposes only (since the governing documents imply that a person with LUNA would always be able to have a stake and therefore to stake for the purposes of voting).

Thank you again for all your help - I really appreciate you

Let’s not forget, proposal 1385 addresses the ability to delegate during staking halts. Probably the most important proposal that is sitting in the queue.

Not on the front governance page, but sitting in the classified section.

Yeah, its been a hassle but @alagiz have been helpful. Hope they help you out.

What does this mean exactly? 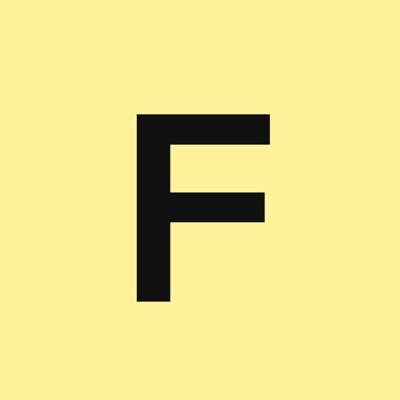 @Figment_io
#1273 BURN and REMEDY fee with each LUNA transaction We’ll be voting “Abstain on this proposal; we believe this vote should take place after proposal #1623’s voting period has ended.”

This is what figment thinks about proposal 1273.

A community can’t vote, because staking is halted which also blocks delegation. We have the % of votes but can not vote. We could have what we need when 1385 passes, but we are in a catch 22. I have worked with both aeuser999 and alagiz, and have been part of this thread from day one. I know what time it is

Thank you for explaining. I agree with you now that I understand better.

It’s a chess game, and the oligarchs have control of the board, and have all the good play pieces.

It’s crazy what Do is doing, just baffling…

Yeah, DK is telling “everyone” in the Community to vote via Twitter, but “everyone” can’t vote

just another manipulating way again. Im sick of the games.

@HelloThere I hope you see how the community appreciates this. When you started this, your time was not wasted. And like figment (one of the validators that said NO with VETO to Do Kwon) said, he thinks the proposal should go back up again, and I think there is a very strong chance it is going to be the winner.

Even though the “additions from comments” section in this discussion, and the implied aspect of the discussion of the formal proposal (since it implied that this could save the current system), the proposal itself does not reference back to the discussion, and does not explicitly state that it would stop the fork from happening. It could meet that portion of the goal of the proposal (if I understand the proposal discussion correctly - if not, then disregard this comment) if TerraForm Labs decided to retract 1623 if this proposal passes first, or if 1623 fails with “No with veto” and TerraForm Labs decided to give the current Terra ecosystem another chance. But, if they both pass, TerraForm Labs could implement 1273 on the current chain, and continue with the fork (at least the way 1273 is written).

Unless you have a commitment, or an indication, that TerraForm Labs will see this proposal as intending to prevent another ecosystem from being created from a fork (or you are intending to work with TerraForm Labs to see if they may turn over the current ecosystem), then it seems like you may need to pare this proposal with another proposal that specifically attempts to preserve the Terra infrastructure and would not allow for forking. That complimentary proposal would need to pass in tandem with 1623 - both having the opposite effects in regards to a fork (with the second passing at the same time or a little after 1623). Or, again, to determine somehow from TerraForm Labs what their intent will be if 1623 does not pass and 1273 does (will it pursue another proposal to fork, or will it see 1273’s heart being that the proposal was attempting to save the current Terra ecosystem).

I do not say this for any other reason than as I read your comment it hit me that I probably should point out that observation (it had not occurred to me - I was working so hard on the proposal that I was working with).

I also do not say that to disparage this proposal (although I have mentioned my concerns with it to @HelloThere ), but I think that as you push forward that you consider this in case your proposal does pass (since it is pretty close), that you begin to move to the next stage of thinking so that it does not pass and then not end up providing you with what you all worked so hard for and thought would happen through this proposal alone (the way it is written in the proposal).

If you are not able to get a commitment form TerraForm Labs, then there are a number of proposals out there that explicitly state in their proposals that it should not fork, maybe one of these could be a compliment to this proposal (unless I have misunderstood and this proposal is considered by this discussion community to include either a fork or no fork option as its intent). Here is a list of current proposals (in addition to those that are whitelisted):

I truly hope that helps a little bit - the community that has mobilized around this proposal has been an inspiration to see how hard you are working.

They can burn even if a new chain is launched. Luna Classic is its own ecosystem. I’m sure they will eventually add a way to burn ust and luna for this chain.