How to make our ecosystem resistant to hyperinflation

Summary
Inflation is a common problem that erodes the confidence and development of any market in the world. Below, I suggest a self-regulating mechanism to combat hyperinflation, at least to stakeholders (the real supporters of the system), which can restore credibility to our ecosystem.

Motivation
In my opinion, the only problem with the algorithm was hyperinflation to stakeholders, which uncontrolledly dumped excess Luna onto the market, causing a system-wide spiral of disbelief.

Proposal
After re-establishing the values for those who are entitled before the depeg (hardfork?), I suggest implementing a variable staking rate exponentially linked to inflation, to at least maintain parity with the current value without lost money when you are in staking. I could be wrong, but the only reason why the stakeholders (of Luna and UST) lost money was because the staking didn’t keep up with the inflation generated after the depeg.

In the same way that there is a period of 21 days to recover funds invested in staking, a period must be implemented so that new amounts allocated to staking can return rewards, preventing opportunists from getting staking after acquiring Luna cheaply on the market. So, even if the algorithm dumps Luna on the market, the project’s legitimate supporters (those who were already staking) will be protected from inflation, and often even profiting from it (by exponentially adjusting the staking rate), increasing the community’s trust in the token and avoiding a new spiral of distrust.

There is only one tool against inflation, interest! Only with high interest rates (read high staking reward) will the investor feel confident in keeping his position in Luna (or UST in Anchor protocol), even if there is some disturbance in some of Terra’s stablecoins. Whoever holds Luna/UST in moments of market turmoil will safe or be even richer.

In short: this proposal to reward those who decide to keep their money in staking during a crisis makes the system stronger, as it makes it more profitable and works like a magnet attracting more money when someone makes a large withdrawal trying to destabilize the system. 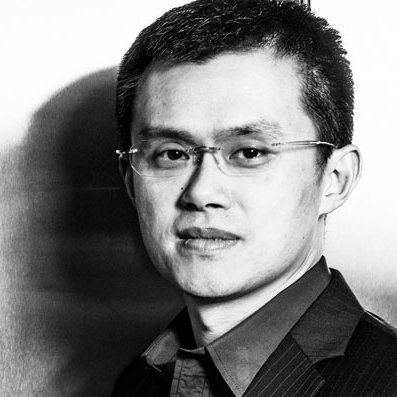 What is wrong with hyperinflation? Hyperinflation transferred all money from Luna holders to UST holders exactly as intended. That is what you are betting on when you buy Luna. However, it wasn’t enough and the protocol does need some kind of circuit breaker so that Terra is allowed to drop if Luna hyperinflates. 100% of the wealth was already transferred, and adding extra zeroes is not going to transfer any more. Holders of UST will have to accept it was undercollateralized, and either sell at a low price now, or wait for the peg to recover.

Hyperinflation of Luna is literally how UST is supposed to defend its peg when it’s too low.

Conversely, Luna hyperdeflates when UST is too high. Welcome to gambling.

I understand this balancing mechanism (burning and producing Lunas according to the demand of stablecoins), but if you don’t defend the people who staking Luna from hyperinflation, then no one will want to hold Luna anymore, hence the spiral of disbelief. I didn’t propose the elimination of Luna’s production, I only proposed shielding investors who staking, so staking will be an interesting business, and more people will want to support and strengthen the ecosystem, even in moments of FUD. This mechanism can be more interesting than the Anchor protocol itself, depending on its parameterization. Note that this idea eliminates the need to keep Bitcoin reserves, which can be used, at least in part, for anyone who wants to be compensated for the previous collapse and abandon the project, giving legitimacy to the new system, as it will satisfy everyone.

It’s risky, I know, but it’s a doable solution that deserves to be considered, as any alternative will also be risky and could go wrong.

It can be argued that this was a contrast of slow-and-steady entry versus black-swan exit, and that fast repegging and restored confidence might have resulted in fast re-entry of money with hyperdeflation. However, if this re-entry were overall slower (more cautious) than the panicked exit, then similarly the effect of slow movements would not have balanced the effect of large movements, even if exactly the same money exited for a short while and then re-entered.

Thoughts would be welcome on what problems a constant-product Total Supplies approach might have.

How much you have lost is irrelevant to how much you should recover. If you get a margin loan 10x leverage to buy 100 USD worth of asset. If the asset goes to 50 suddenly, the debtor, will recover 50 and you will recover 0. If the asset does 10x before liquidation, you make 900 USD, which is 9000% and debtor only earns some interest.

I have made the proposal to stop infinite hyperinflation. It is normal that hyperinflation is more likely to happen than hyper-deflation in the real world, the problem now is unlimited hyper inflation. People who swap from UST to Luna will be diluted away as well if they don’t sell it quickly. Putting a bound of UST/Luna ratio solves this problem.

Yeah it can be redesigned with constant-product or whatever. That’s the real solution. Capping minting is just broken.