This proposal requests the ‘TC Core Dev’ Validator to change their name as it is misleading and false.

Using a name which stands for ‘Terra Classic Core Developers’ implies people running the validator are in charge of the blockchain, serve in an official capacity as blockchain leadership and have the authority to make changes and updates to the chain. This is not true.

This is highly deceptive to new and inexperienced stakers, which are more likely to stake with that validator due to a belief this is indeed an official profile of LUNC developers.

This is an unfair and predatory practice towards other validators.

Using such mechanism can be categorised as malicious/predatory marketing and an unfair advertising tactic which in normal market conditions could be illegal.

Hoping this is unintentional mistake due to language barrier or lack of understanding of implications of using such a name - this proposal seeks to resolve this issue peacefuly - by a voluntary name change. 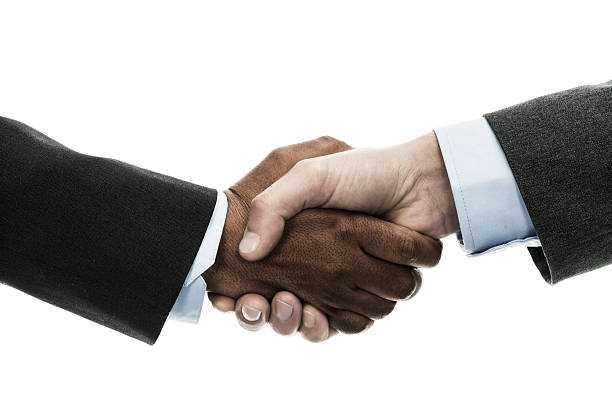 Delivery of the proposal

Timeframe
Standard proposal timeframe of 7 day discussion followed by a governance vote if not resolved voluntarily.

This validator has only 0.08% influence.His current commission is 5%.The growth of his influence is within the margin of error.New, and even more so old stakers pay their attention not to the name, but to the commission of the validator and the stability of its work.And the 5% commission for this validator is not the best position for new stakers.So I don’t think you should worry about a significant increase in the influence of this validator.

Hard disagree. Even if he had no influence it’s still wrong to mislead people into thinking the validator is a core dev. It’s harmful, divisive, arrogant, and just plain morally disgusting.

I fully support this proposal - it’s a YES from Rabbi!

It doesn’t really matter if the TCCD validator has growth potential or not, it’s just shady that a group can go by the name TC Core Dev without ever having developed anything for the Terra Classic chain and when called out about it, they just say it’s their validators name.

I have some intel that this is akujiro’s validator.

You know how this crew operates, through lies and disinformation. They need to change that name now.

Thank you for your feedback!
I decided to address this issue since other validators (including those of similar size to Tccd) already had a discussion with them and requested the name to be changed. This was denied and ridiculed by tccd representative Akujiro. I am not worried as much for the vote power this validator holds but for a precedent that it sets. We could see other offensive or misleading names used - already some were joking to name their validator after Terra Rebels or other popular keywords.

I was unaware that it wasn’t official. I haven’t staked with them but I can easily see how others can be misled by that. There should probably be established rules regarding naming conventions. Names should not be misleading, or offensive. I’m not sure how to go about enforcing a name change but if there’s a way I’ll support it. Naming yourselves something intentionally misleading like TCCD should not be tolerated.

Lies and manipulation.
Yeahp…
Lobbied (theres public proof of that) validators (who knows if threatened them somehow) to pass his bad tax reduction proposal and the current low volume and price, is due to it.
He and his buddies said this would increase volume/price but turned out it was just LIES.

Definitely agree. Predatory behavior has no place in the LUNC community!

I agree whole-heartedly with this idea, it’s not right for validators to use such a misleading name. This kind of underhanded maneuver has really put me off from ever wanting to trust my funds with them to stake, and I’m sure many people in the community feel the same way. The only way to rebuild trust is to be honest with the community and represent the validator as such.

Reminder that this same validator is Akujiro’s own and we all know Akujiro’s way of operating, like @LUNC_2MOON mentioned, he lobbied validators HARD to pass his tax reduction proposal before even waiting the 3 months original wait time for evaluating it. That proposal killed any significant burns we used to get from the tax, reducing them from hundreds of millions of daily LUNC burns to barely tens of millions. The proposal succeded in killing off hype and momentum of the coin and a lot of people saw that coming a mile away but any type of criticism or attempts at discourse were strongly shut down by Akujiro and his buddies, the same “TC Core Dev”, which simply makes me question their intentions.
Taking all of that into consideration, the way Akujiro and co usually operate, sadly, it wouldn’t be out of the question that their validator’s name was intentionally concieved to decieve people.
STRONGLY agree with this proposal and I urge people reading this to consider carefully the facts.

If the idea that validators are the ones who decide the outcome of proposals is going to continue then we need more validators. But I still react to the idea that they are the ones who decide the future of the blockchain. This is not only with terra but with the entire cosmos. We need validators to vote and not be there for show or just vote when it’s convenient for them. A website where you could see all the proposals of the entire cosmos ecosystem would be nice

Nothing you wrote has any bearing to this proposal. Are you sure you’re in the right thread?

I am in favor of privacy but also of the authenticity of the users when it comes to a system that requires it, such as the voting system. A fair system, without cheating or abuse by users. This could also be useful for validators and not having multiple nodes and manipulating the system.

I support this proposal. But it is not worth governance voting. A formal reminder is sufficient for them to change it

I fully support the name change and the proposal !
It can definitely be misleading

I couldn’t agree more. I hope it will be resolved without such a vote. However, yesterday I approached this validator in his official chat and I got insulted with lots of sts and fks. They took none of the feedback on board and doubled down that’s its ‘none of other validators’ business how they call themselves and that is the decision of himself and the team. At the end of the convo, he deleted all of the messages probably after realising this is not looking good. He replied to me directly in his chat, however they have not responded to my queries in any other channels (like twitter). I asked him during the convo to at least release a statement that they are not willing to change their name, but I guess it doesn’t seem to happen.

So far this is the picture of this person called Akujiro who runs this validator. Insulting, childish, stubborn, ignorant and without any consideration for what other validators and community may think of him.

Maybe his other team members sill be more considerate and can convince him that changing their name would be a sensible idea.

He sadly deleted about 10 minutes worth of converaation before I could save a proof. 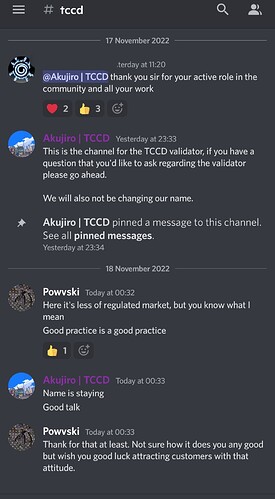 If this is true, I don’t see a reason why people still stake with them. If there is no actions from their side, I will do something on Twitter about it. This kind of behavior is unacceptable