Just $85 Million Was Enough To Shake Out "The True Believers" 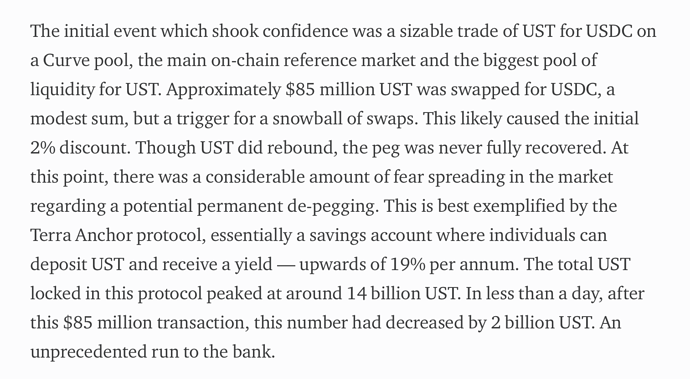 That wasn’t what happened. This was an orchestrated attack, that’s why UST total marketcap ballooned just before the event. The attacker was getting in position to break the peg and had enough ammo to run the attack ad infinitum. It took way more than 85mil to run the initial phase of the attack though which implies a state level actor (great timing with Yellen’s speech wouldn’t you say?) or a very well financed and sophisticated team at the very least.

What about Do Kwon himself. Is it farfetched to think he might be behind the collapse?

No I think he’s the first person we should assume did it, since he and his team refused to shut down the network (other validators attempted to) when the attack began.

Plus, as far as I know there has not even been a serious attempt from their side to end this speculation. I mean just WTF?!

Also, the KYCed attacker was allowed to violate both Binance and Gemini’s Terms of Service against Market Manipulation without having their account frozen or suspended for suspicious activity per their own policies. Attacker is most likely TradFi, intelligence, or a combo, which is why the media is remaining silent on the attacker and trying to cast 100% of blame on DK and Terra. Don’t forget the Twitter propaganda campaign with fake accounts spreading the same message to FUD UST, so the attacker was also allowed to violate Twitter’s ToS without repercussion as well.

Bumping to keep this line of thought alive.

Since we are fighting snakes on social media, be aware of your language, and notice how others use language. “Collapse” or “Bank Run” shifts blame to investors, and implies to the reader a house of cards, ready to fall under its own weight. I believe “attack” is far more accurate.

Since the perpetrators were victorious, their efforts will now shift to covering their tracks and minimizing their involvement. Messaging will be “take the L”, “take responsibility”, etc. Again shifting blame to investors.

This attack was a complete reversal of everything crypto is about. It was a transfer of wealth from the small investor to big money interests. I believe this to be a huge battle in the fight for global economic freedom.

Great video on the attack below. We know social media is full of establishment slaves and their troll farm armies and it seems many have made it to these boards as well to cover for their owners. That is why I will continue turning up the heat on the attackers - I have been dealing with such dishonorable trash before crypto for years. If it looks like a shill, walks like a shill, and quacks like a shill, then it probably is a shill. 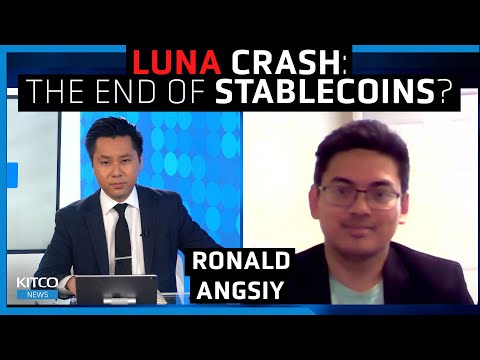 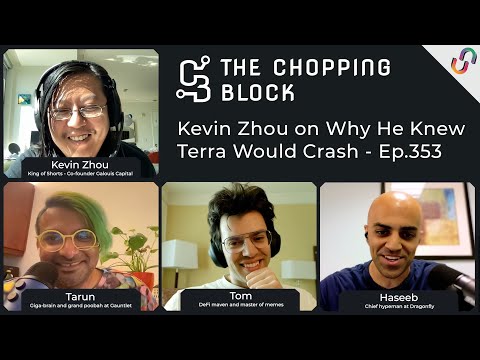 Serious question. If they can stabilize ust again to 1$ can we all make x8 profit at the moment? O.o